Did you know that the YUCATAN PENINSULA has more than 7 THOUSAND CENOTES and CAVERNS that are connected to each other by SUBTERRANEAN RIVERS?

Throughout millions of years, the water FILTRATION advanced the erosion of the CALCAREOUS SOIL of the region leaving it full of holes and caverns (like a gruyere cheese) and resulting in one of the most spectacular and interesting NATURAL PHENOMENA. The cenotes are unique formations that only exist in the Yucatan peninsula! 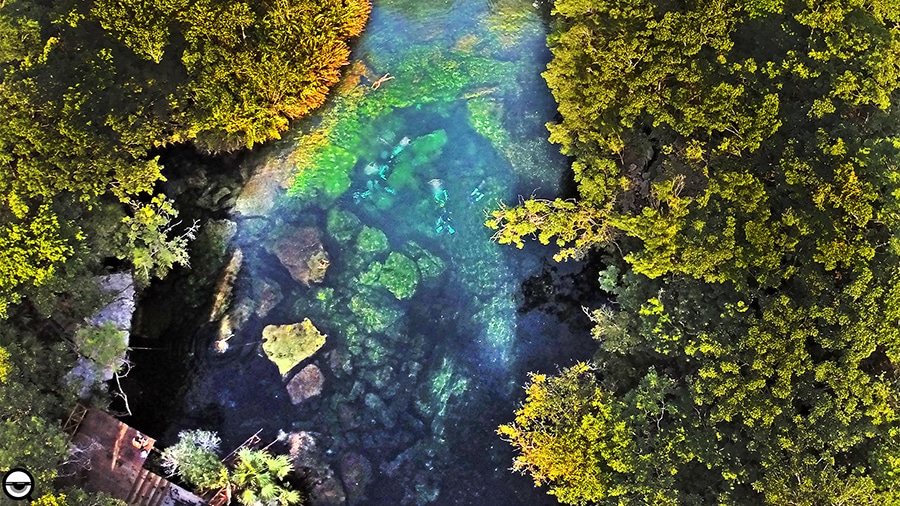 The Yucatan Peninsula and the beginning of the Cenotes

The Yucatan Peninsula, as we know it today, and the beginning of the cenotes are the result of the COLLISION OF A METEORITE, approximately 66 million years ago in the Gulf of Mexico and the northern part of the Peninsula.

The impact was so great (equivalent to the energy released by 100 atomic bombs) and the temperature of the meteorite so high that it unleashed mega tsunamis, earthquakes, fires and a cloud of dust and ashes that covered the sky for several years, generating a greenhouse effect and causing the destruction of 75 percent of life on the planet, including dinosaurs.

The shock propelled rocks and sediments from the subsoil and the sea to the surface. The impact generated so much heat that all these materials melted and mixed with each other forming a flat layer of limestone 120 meters beneath the surface and giving life to what we now know as the Yucatan Peninsula.

The evidence of this event is what is known today as the Chicxulub crater. It is under 600 meters of sediments in the depths of the sea and jungle. The investigations from the group of geologists that discovered the crater in 1978 indicate that the formation of the first cenotes and subterranean rivers of the Yucatan Peninsula are related to the impact of this meteorite. Along its outer ring, we see the formation of water and air basins that made up the first network of underground caverns, today known as the “Ring of Cenotes”. 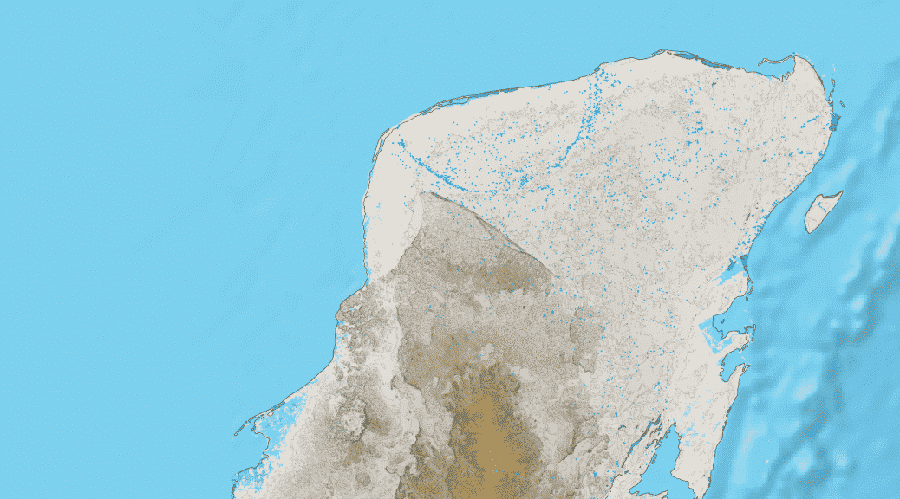 The cenotes, underground rivers and beaches of the Riviera Maya

The Yucatan Peninsula is flat and hides large cavernous systems in its subsoil. The whole region is connected by subterranean rivers, most of them have not been mapped because of their difficult access, but there are explored sections like the cavernous systems of Dos Ojos, Sac Actum and Ox Bel Ha where diving is possible. These systems have more than 300km of caves, it is estimated that the entire Yucatan Peninsula has thousands of kilometers of these formations that constitute the largest underground river and tunnel system in the world. Thanks to its smooth character (the highest points of the Peninsula are only 30m above sea level), the water runs great distances without obstacles, between caverns, crossing the entire peninsula until it flows into the Caribbean Sea.

Cenotes are natural water deposits formed by the erosion, advanced over millions of years, of the subsoil limestone. They are pools in the jungle, caves or caverns flooded and connected by large underground river systems, fed by rainwater and the entrance of sea water to underwater tunnels. It is important to note that the Cenotes only exist in the Yucatan Peninsula, because here the limestone is near the surface, is very porous and has a great thickness; in other places of the planet there are similar caverns that are several kilometers underneath, but they are unreachable. The cenotes of the Riviera Maya have crystalline waters and are easily accessible.

When, after thousands of years of filtration, the walls or roofs of an underground cavern are too thin to support themselves, a collapse occurs and with the new opening a cenote is born.

Like the Cenotes, the Riviera Maya Beaches are unique because they are the result of the erosion of the limestone that has been carried, for millions of years, to the coast through the underground rivers that flow into the sea. That is to say, the sand of the beaches of the Riviera Maya comes from the calcareous stone, which does not contain minerals, that is the reason why it does not burn the feet. The sand of other beaches contains silicon and that is why it boils. Have you ever noticed that the sand of the Riviera Maya never burns?

There are different types of Cenotes, open-air cenotes that are pools of water with constant movement through underground channels; semi-open caverns; closed caverns that can only be reached through underground rivers; cylindrical Cenotes with huge walls; and lagoons.

When traveling around the Yucatan Peninsula be sure to visit these Cenotes:

This type of Cenote is closed at the top and has a small opening that allows you to enter through the jungle and in other cases through underground rivers. Depending on the size of the cave there are sections where you can swim or float quietly, without the need to dive and there are others where the water is 4 or 5 meters deep. In some caverns it is possible to walk both in and out of the water; in all you can find unique rock formations, millions of years old: stalactites and stalagmites. Each cave is unique, but they are all beautiful and a great adventure. 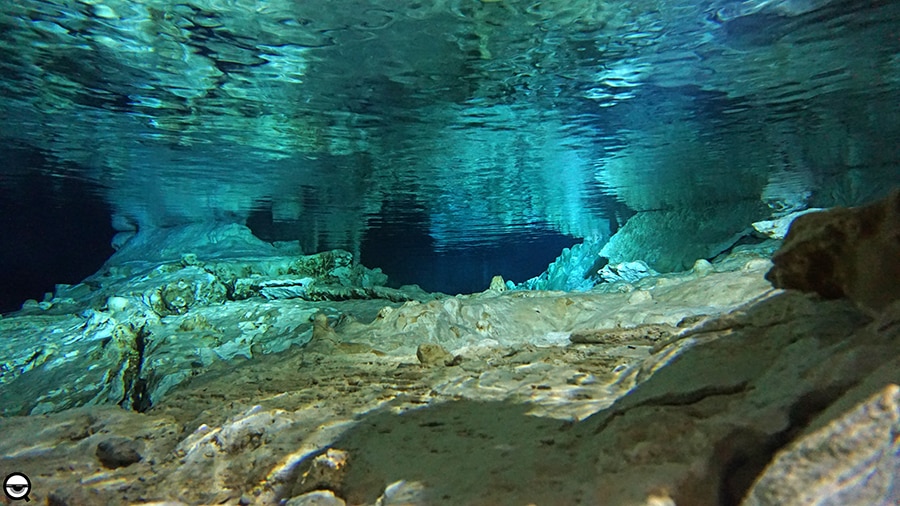 Outdoor cenotes are one of our favorites, one of the oldest and closest to the coast, commonly known as “open air cenotes”. They are pools of crystalline water in the middle of the jungle, incredible and unique places to experience nature. These cenotes are for having fun, refreshing and connecting with the earth; in them you can dive, swim and snorkel. In some of them there are zip lines, in all of them you will take incredible photos. 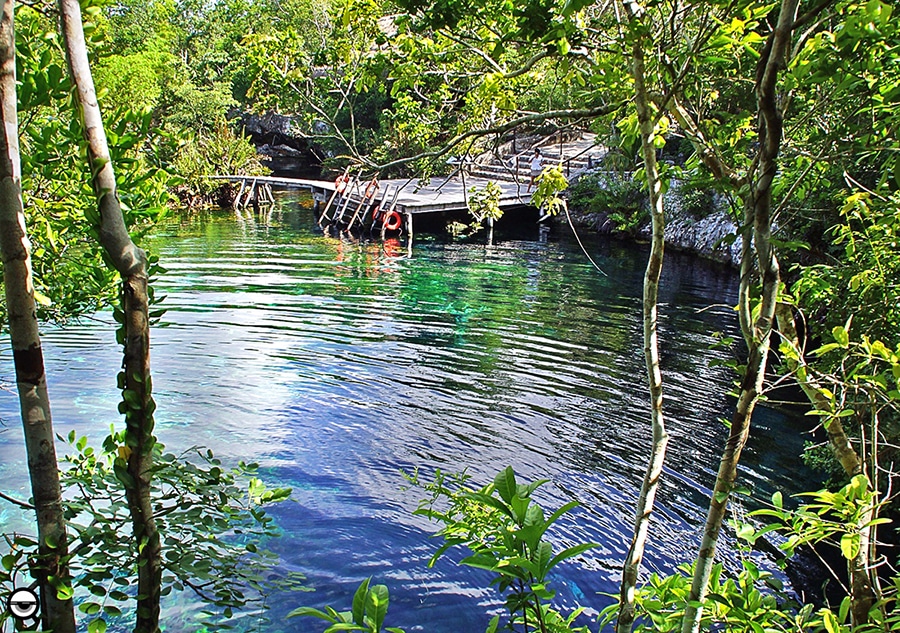 These Cenotes are special because they are located in the center of the Yucatan peninsula, where the surface is about 20 or 30 meters above sea level. As all Cenotes are connected by underground rivers that flow into the sea, the water level of a cenote is always below the surface, at sea level. When the roof of these vaults’ collapses, holes in the shape of cylinders are left, with walls of up to 30 meters. These vaults have to be entered through small openings on the surface, sometimes with ropes. 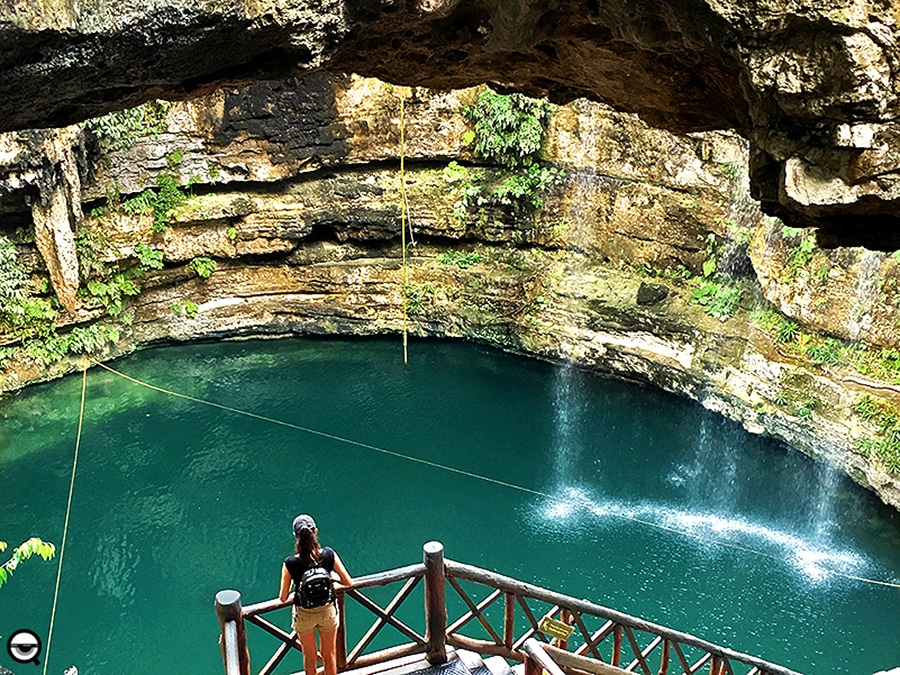 The cenotes are the most beautiful and impressive landscapes of the subsoil; connected by subterranean rivers, they create a network of ecosystems so complex that even today they keep secrets about the evolution of the planet and the origin of life on earth. For the Mayans the cenotes were sacred, they represented portals of access to the world of the dead, in the underworld. Today they are a source of water and life for the communities of the Riviera. In addition, they are exceptional places to enjoy nature, swimming in fresh and crystalline waters.

Don’t hesitate to contact one of our friendly local experts, we will be more than happy to hear from you, share our secrets & special ways to experience Rivera Maya.